Sofia Coppola to design Shoes and Accessories for LV 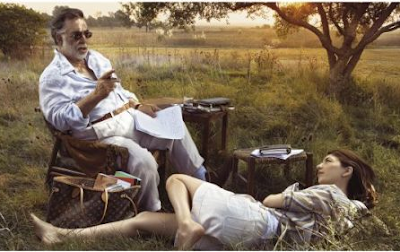 This appointment was something almost has heart stopping as Obama getting the Democratic nomination for the Presidency. Marc Jacobs , all the folks at LVMH and it's fearless ,feckless leader Bernard Arnault hit pay dirt when they signed on the would be design director and film maker .

I vaguely remember she ran a t-shirt stand with one of her girlfriends, Zoe Cassavettes or Paris Hilton, or someone highly placed. It was called Milk, or something viscous and white. If I remember correctly ,she didn't exactly hit that ball out of the park. Now as first friend of Marc Jacobs, the plummy assignment goes to her. One must wonder what the studio staff of assistants, let alone the design director of shoes and accessories must think. Kind of a puzzling turn of the screw.

It seems to be enough to be best pals ,show up at most photo ops dressed in Marc/LV and be somewhat mysterious. But I have friends like that who I wouldn't appoint as key players in my business or life's work. Even 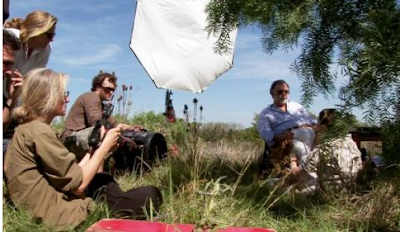 the ones who have a touch of notoriety.

Surely, this rant sounds mean spirited and petty, but these are huge responsibilities which people devote years of training and experience, then a celebutant walks out of the dressing room and smack into the front office. Marc Jacobs has become someone with somewhat skewed judgement. The Galliano factor has infected him, with Tom Ford complications. The main difference is that they remained extremely professional in their executive choices. Unlike them, Marc will appoint his dog walker,Colonic therapist and Vortex Healer to take on more of his responsibilities in just a matter of time. Already the collection shows signs of randomness. Guzzle enough non-alcoholic kool-aid and you'll be seeing stars.

The ad with Sofia and Big Daddy laying in the tall grass of Argentina with a Vuitton bag in the foreground, is so trite. Daddy's little girl laying at Pop's feet as he instructs her on writing a complete sentence. I fear he is giving her tips on what a shoe REALLY is....what the idea of what encompasses an ACCESSORY. The most disheartening thing in that photograph is that she wasn't taking notes. These are important details she NEEDS to remember.

Considering no one in these large organiz 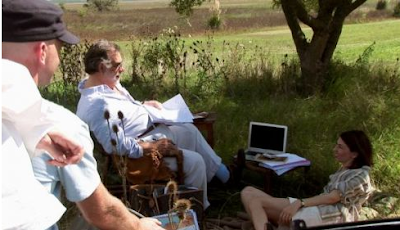 ations actually designs,only approves, tweaks and gives the green light....nothing seems to get the red light anymore, it's a pretty simple task. Lay on the pavement in some picturesque Parisian park with a pile of shoes tossed around and a film crew .
There you have it. Broad footed Francis trying on a few platforms and peeky-toes to show his approval and you've got SUCCESS writ LARGE.