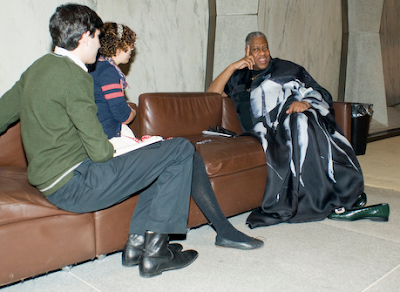 I, along with a few hundred Yale under grads, had the unique opportunity to hear Andre Leon Talley speak at a tea for the Beineke Rare Book and Manuscript Library 2 days ago. The theme was "The Elements of Style" and was moderated by the Curator for the American Literature Collection, Louise Bernard. The topic of the tea was the Life and Times of the great ALTalley. Never having visited Yale University it was a chance to soak up the atmosphere and hear him speak extemporaneously on his life from humble beginnings to... well, to the force he now is in the world of fashion and style. He didn't disappoint.

I learned things about his childhood that were familiar, having read his memoir a few years back but there was more meat to what he shared and correlations between his family who raised him and his adopted family in later years. Diana Vreeland and his Grandmother were interestingly similar. Both were passionate about style, presented and managed 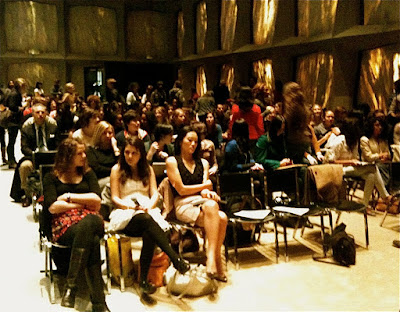 their personal lives in similar ways and had an equal effect on his life and world view. Andre shared that he'd always been voraciously curious about the world of manners and style from a very early age and was encouraged by the women who raised him. Imagine a 12 year old reading Madame Bovary while taking a Greyhound bus with his Grandmother from North Carolina to NYC for their annual shopping trip. Andre shared descriptions on how they both packed using tissue paper to preserve their clothes in their 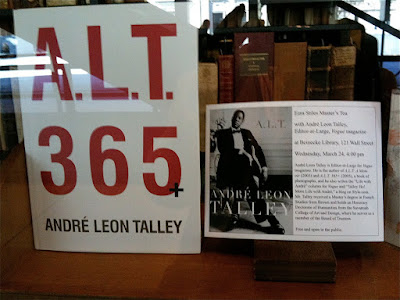 suitcases for the long trip. Mrs. Vreeland packed the same way for her trips to Paris. His appetite for life and experiences were nurtured and encouraged by both great women and set him on his course that would lead him to the present.

Anecdotes were shared on his years as the the smartest dressed receptionist at Andy Warhol's Interview magazine and the day that his friendship began with Karl Lagerfeld 30 plus years ago.
What was most telling and the message that resonated most for me and the audience was his advice to be a person engaged in life. To read, to think and make your most vital calling card your mind. More than once he stated that what we wear is so much less important than what we know, think and our abil 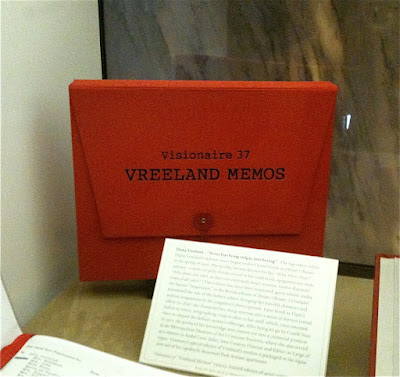 ity to communicate. Clothing, fashion and the bells and whistles that create that image are simply visual devices. Our ability to engage in life and engage others in a meaningful dialogue is what makes for a charmed one. Rattling off designers, 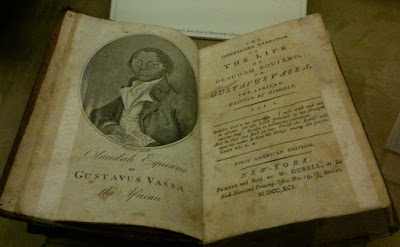 model's names and trends may serve you in the hermetic world of fashion but does little once you're shoulder to shoulder with humanity.

I've often been awed by Andre's intelligence, achievements and position. I've vacillated between being both drawn and cowed by his bearing. What I saw today was h 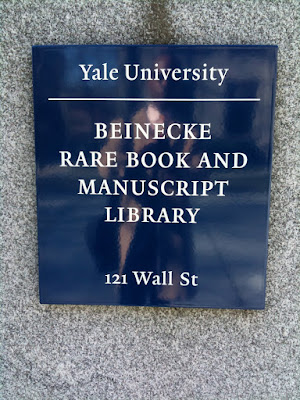 is immense humanity, inner strength and humility. Here is a man who has scaled the heights of the best there is in fashion, worked his way to a Senior editorship of the most important magazine, Vogue, and is on a best friend basis with some of the most celebrated designers of the century. At the very same time, he is a man of sincerity, kindness and a desire to encourage 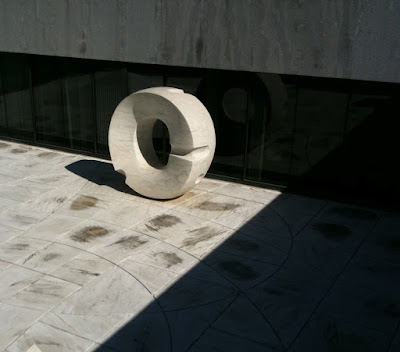 many others to follow their dreams to the same ends. The audience made up of students, professors and Department Heads were completely in his thrall. It was a sunny warm day outside, but a tsunami roared inside the hall. I didn't have the feeling that anyone wanted the wave to subside, I certainly didn't.
Posted by Fluff Chance at 1:25 PM

Great post!! SO glad to hear about the substance behind the style . . . will have to find that memoir, bye Fluff!

Fluff, I've got A.L.T. and it's a great book to read and I highly recommend it to anyone who wants to know more about this brilliant man.

There's another woman other than Diana Vreeland that I would have loved to have met and that's Fleur Cowles of the legendary "Flair" magazine.

I've seen probably one or two issues of the magazine and that's how I became interested in her. Both women understood what fashion meant and were quite influential because of their expertise.

Hi Fluff -
I just did a bit of catch-up on your posts, and want to tell you how much I enjoy your writing. This post about ALT and your retrospective on Alexander McQueen are especially strong examples of blending thought and feeling. Most artists can do one or the other; the ability to do both is the mark of great artist! A tip o' the cap to you. I hope you are well.

Wonderful post with depth and the pictures were so appropriate. Probably my favorite of your posts. A large gentle man in all ways: it's good that he's speaking. The weight of experience, intuition and enthusiasm isn't something most can experience from a Man of Fashion.

Although the thought of ANY university, especially an Ivy League university, is enough to give an artist the bends, the oopsies, and the hives, a lovely piece nonetheless as always. Bravo!

I deep hearing about how he transfixed the world of fashion with his style,etc. and I don't mean to be catty or take anything away from who he is, but -- his clothes. Why is always wearing giant bathrobes or some kind of male mumu. What happened to his personal style?