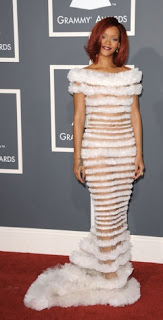 Sitting here in my bathrobe this morning, I'm thinking about today, Academy awards day, and its importance in my life over the years. It started as a night to handicap films, see stars on the red carpet and steal a glimpse into a world that was far away from my own. As I grew older and became a designer it took on a different meaning and I became swept up in the handicapping of actresses and their sartorial splendor. Then one day I was a designer whose dresses were adorning actresses and somehow a part of that handicapping. The point of the Oscars was lost on me by then and the red carpet was the beginning and end of t 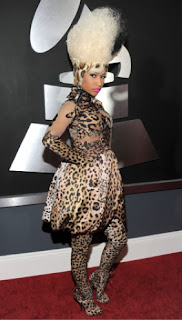 he night in my eyes. Fortunately for me, my time in Hollywood was one where glamor, chic and artistry were the order of the day. Young guns like Randolph Duke, the Badgley Mischkas, and a not so young Vera Wang were the designers to watch. Armani and Valentino were playing the game too. Now, so much is different and aesthetics have shifted from the sublime to the ridiculous in many cases, not all. Watching the Grammy awards a few weeks ago, it was abundantly clear that the paradigm shift was almost complete. Rihanna in Gaultier was little more than barely covered, Nicki Minaj in Givenchy haute couture looked like th 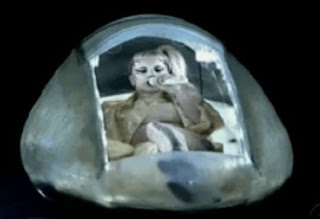 e down market distant cousin of Pebbles and Lady Gaga was just ugly. I'm not trying to dictate what fashion or style should be, only commenting on what it seems to have become.

Today I feel as though I've come full circle and am back to rooting for my favorite films and actors for the awards. We'll have friends over for a party but I doubt that my attention will be on the red carpet like before. Fashion and the players in Hollywood have gone from being haute cuisine to take out, supersized with a side of fries.
Posted by Fluff Chance at 10:22 AM

I have to agree with you. So much has changed with awards shows. The focus seems to be too much on the fashion now when before it was a delightful sidebar. Now it's just a big, outrageous bore.

Gag relex... I thought you were going to refer to Joan Rivers, actually being thought of as fit to judge fashion. The Queen of Tackiness, as so displayed in her jewelry line, that she hustles on her Royal QVC Queendom, should have disqualified her a long time ago. Yet, still she brays. The play by play Fashion pundits have killed award shows, creating the House of Stepford Style.