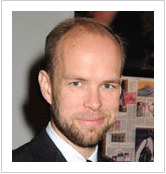 Last night between watching District 9 and Cherie on TV I started to write a post about the new positions that Peter Som and Lars Nillson had just grabbed. Som to Hilfiger and Nillson to do a menswear line for an Italian company. It all seemed so prescient at the time and then I put it aside to watch Cherie with Michelle Pheiffer and Kathy Bates. The film was moving in a strange sort of way. Courtesans of a certain age loving and being loved by much younger men and coming to terms with the facts of life and aging. The clothes, all inspired by Poiret and the Belle Epoque were incredibly beautiful. The shapes, textures and colors of the gowns Michelle wore, including the simple, yet grand jewels were so perfect . Granted we're talking re-creations and costumes, at that, there was a beauty and life to it that made me wonder just a little about what's new and not new. Mostly what's coming up in a few days.

With all the atmosphere of those Belle Epoque interiors, furniture, colors and light in every scene, not to mention a crowded evening shot of Maxim's, Biarritz by day and night and a smokey languid opium den, todays brand of mystery and artfulness, not to mention glamor is sort of thin. I realize that was then and this is now, but when you consider these news flashes about Nillson having been a finalist in the talent phase of the competition to run Halston and now will do menswear in Italy, it just doesn't resonate. It's a hiccup in a dense jungle ...along with much noisier hiccups. Som's deal with Hilfiger is much the same. 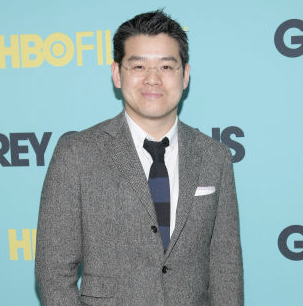 I've been merciless in my criticism of Peter Som's work and it gets old even for me, especially when like everyone else he's just trying to make a buck and get from today to tomorrow. But all of that aside, this pairing is as muddy as Nillson's. How do you go down such a loopy, circuitous path and find redemption at Thommy Hilfiger? That's like a vegan suddenly gorging on spam. Well, as we all know jobs are scarce and the choices are not what they were. I hope these shoes fit and manage to stay tied. The press should approach these announcements with a bit more skepticism and let the situation fall into place. Big banner announcements are sort of a jinx at this point. Between the two of them they've clocked about 6 creative directorships in the last 4-5 years. That's not exactly a resume booster . But who knows, the 7th try could do the trick. There's always another company just itching to throw money away.

Just because it's time to go back to school doesn't mean everything has to be different shades of grey. Why not some color in our lives? Even some black is preferable to so much blandness.
Posted by Fluff Chance at 10:22 AM

Mystery is comprehension deferred, which is difficult to sustain given today's expectation of instantaneous everything.

I'm starting to read good magazines again instead of RSS feeds, simply for the mystery of the backside of the page . . .

can't roll the clock all the way back but seeing so much process makes outcome anticlimactic.

Enjoy your headspace, you've earned it . . .

Christa,
I'm dying to meet you. We could have an afternoon tea that lasts all day and evening. You are a gem, a very rare and precious one of amazing cut and clarity.
Your devoted admirer,
Fluff

Call me crazy, but Som for Hilfiger, seems like a perfect fit. In a good way!